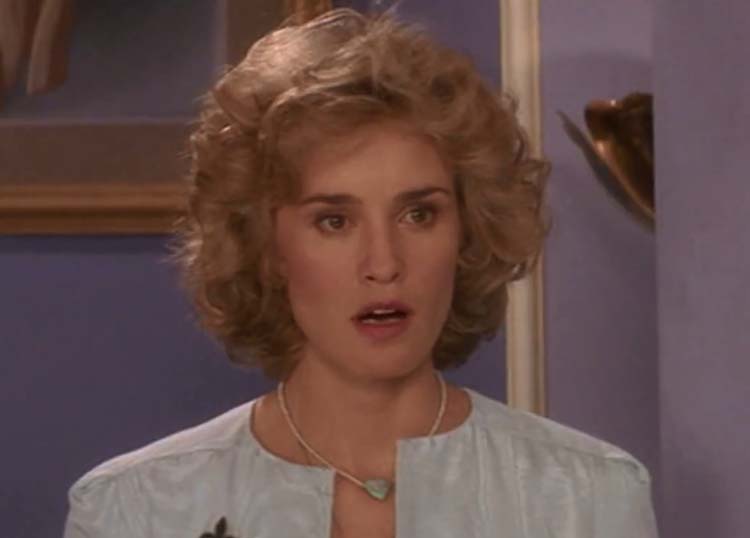 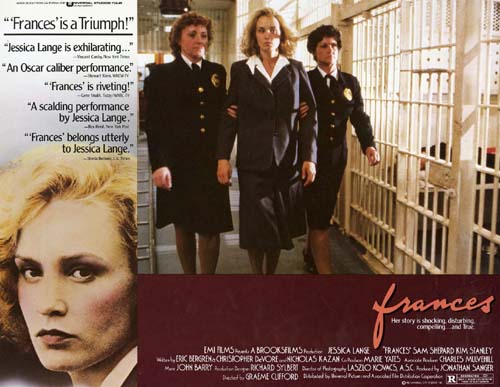 Jessica found herself in a unique position of being nominated twice in the same year. One was for a dramatic role (“Frances”), and one was for a comedic part (“Tootsie”). She would win for the latter role in the supporting category. But for Best Actress, would be nominated for playing a prostitute. The real-life Frances Farmer was a life plagued by drug and alcohol addiction. The medical profession didn’t know what to do with her. Frances was subjected to electroshock therapy to hydrotherapy to extended stays in mental hospitals. Anyone would go off the deep end after enduring these series of abuses to the body. It was at yet another stay at yet another mental hospital that the staff would rape her. Frances would also be prostituted out to soldiers at a nearby base, which gets dramatized in the film.

Watch the trailer of the film “Frances”

Jessica Lange would be Emmy Nominated for playing a hooker as well.