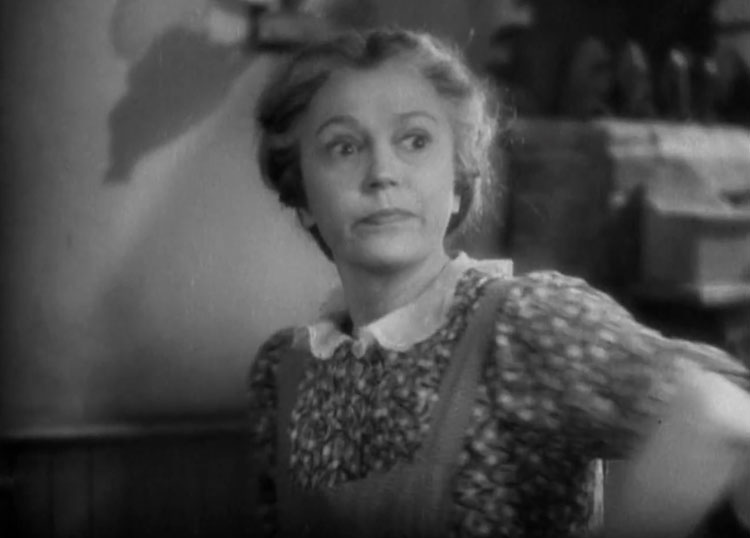 Laura Sargent in A Most Immoral Lady 1929

Character Is A Con-Artist And Prostitute 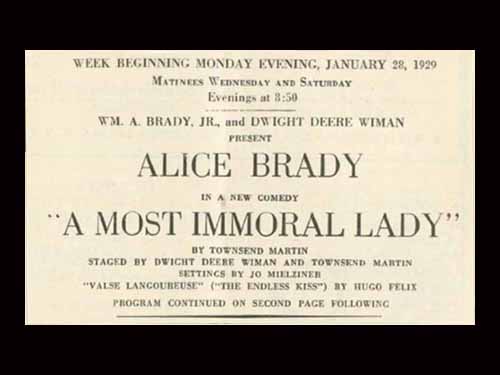 Alice Brady in A Most Immoral Lady 1929

The 1929 Broadway play “A Most Immoral Lady” stars Brady as a female con artist. She and her male partner have perfected a scam that keeps them rolling in the money. Her character, Laura Sargent, lures wealthy men to her apartment. By getting these men into a compromising position, her male partner in crime would then blackmail these rich husbands for their silence. For some odd reason, the stage play was rushed into film production (using the same title), for a theatrical release in the same year. The cinematic version starred Leatrice Joy as Laura Sergeant. Unfortunately, the showings of this movie on television are nonexistent. 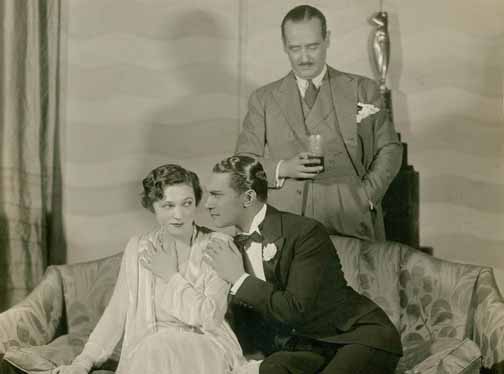