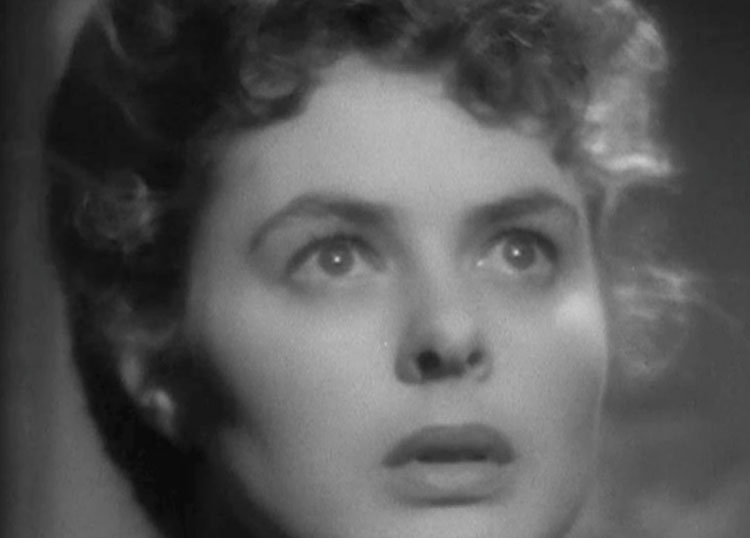 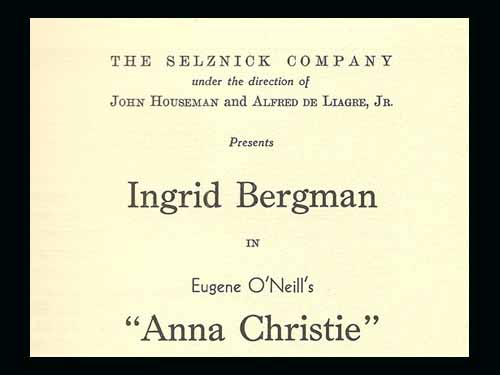 Four years before Ingrid Bergman won the Oscar for “Gaslight,” she appeared on stage playing the title role of Eugene O’Neill’s play “Anna Christie.” As Anna Christopherson, Ingrid plays an ex-hooker who runs into all sorts of obstacles and roadblocks, trying to turn her life around. Not surprisingly, she wowed the audience with her bravura performance. Ingrid would enjoy playing the part of Anna Christopherson so much that she would later reprise the role of Anna Christie on the radio in CBS’s Ford Theater’s production of the play in 1949.