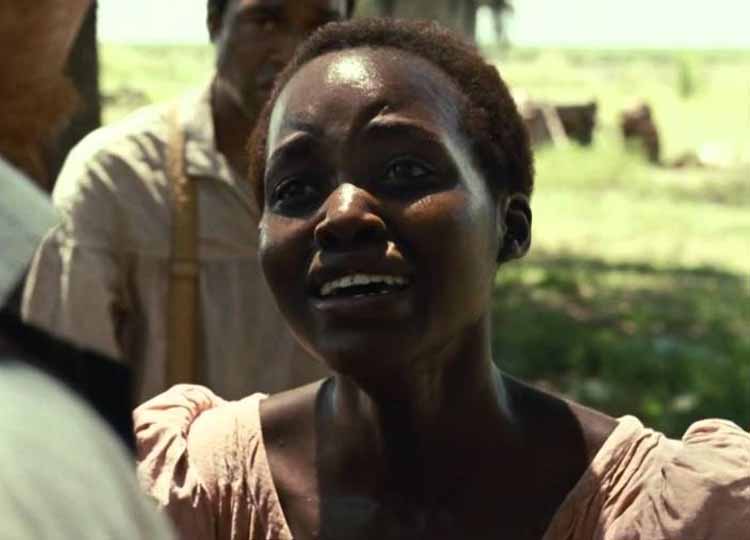 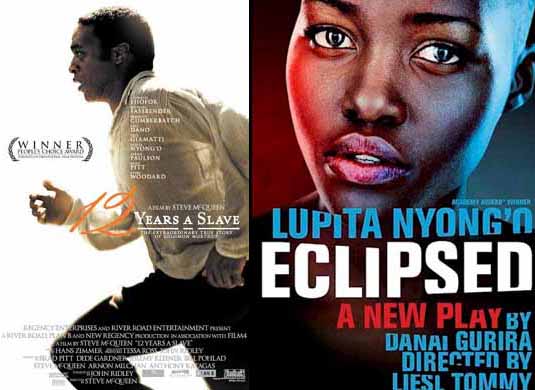 Lupita won the Academy Award for playing the real-life slave Patsey in “12 Years A Slave.” Her character must endure being raped repeatedly by her master. Unfortunately, submitting oneself to this type of sexual abuse is far better than being whipped.

Watch Scene From “12 Years A Slave”

In her Broadway debut, Lupita starred in the play “Eclipsed,” written by Danai Gurira (she plays Michonne on “The Walking Dead.”) The setting takes place in 2003, during the Liberian civil war. Four women are held captive as sex slaves by a rebel commander. Lupita plays the newest and youngest sex slave brought into the fold. The character has no name and gets referred to as “the girl.” But her arrival shakes up the relationships among the other four women as each of them is forced to face the ugly aspects of the war. No clips of Lupita’s performance are available online. No clips of Lupita’s performance are available online.

Lupita Nyong’o and the cast of “The Eclipsed”.