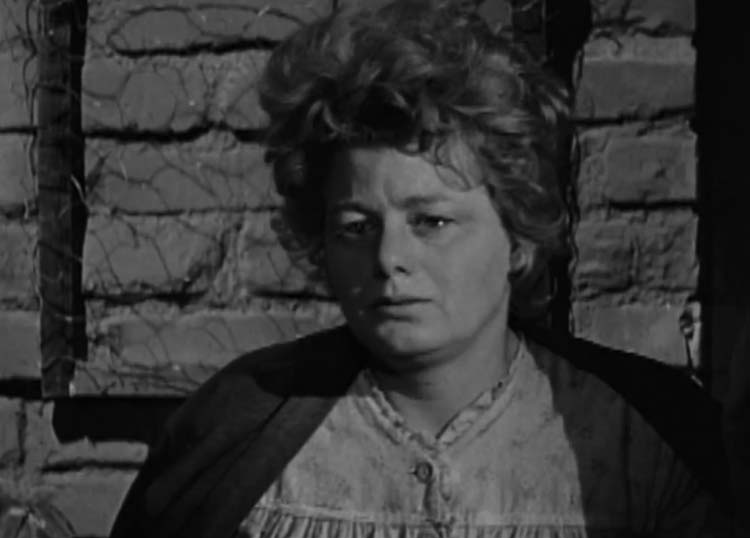 Madame Irma in The Balcony 1963

Both Characters Are Madams 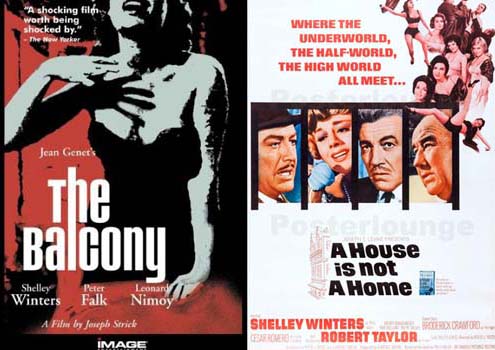 It’s entirely fitting that Simone Signoret and Shelley collectively won their first Academy Award in the same year. They are among the female Oscar winners you have played the most prostitutes. Simone Signoret and Sophia Loren are in a tie for playing the most hooker roles, that being six. Shelley ties with Anne Baxter for second place. Both of those ladies have played a prostitute five times.

One of her prostitute roles includes “The Balcony,” where Shelley plays Madame Irma. Her character runs a bordello that offers men a chance to act out their S&M fantasies.

The following year Shelley played yet another brothel madam. “In House Is Not A Home,” Shelley plays the real-life Polly Adler, who ran the most successful brothel in New York City’s history.

Watch clip of the film “House Is Not A Home”

Shelley Winters also won a second Oscar for playing a hooker on film.

Go to Shelley Winters A Patch of Blue 1966 to read about her Oscar winning prostitute role.