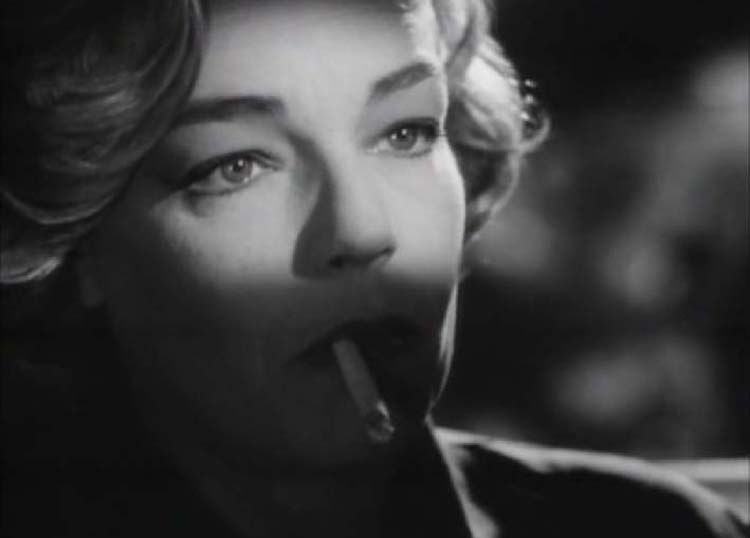 Simone Signoret Room at the Top 1960

Gisele in Back Streets of Paris 1946

All Six Characters Are Prostitutes 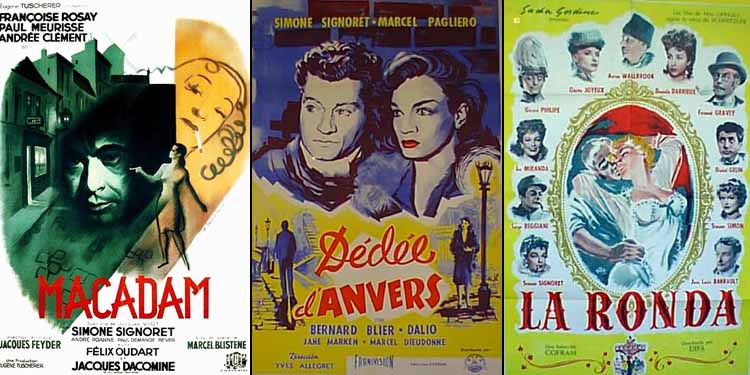 Simone Signoret has played so many prostitutes in movies, that I cannot summarize them all in half a page. In fact, from 1946 to 1952, she played a prostitute on average once every two years. She could have added another hooker role to her film repertoire – Madame Hortense from the movie “Zorba The Greek.” But she withdrew from the part after a few days of filming. Simone has tied with Sophia Loren as the Oscar winner for playing the most hooker roles – six of them. Sophia needs to play a prostitute one more time to be the all-time champ.

In “Macadam” (aka “Back Streets of Paris”) Simone plays a hooker named Gisele. She works out of the Hotel Bijou. Though other streetwalkers are piling their trade from the same location, Gisele is different. She oozes class and style in a strictly supporting role.

Watch clip of the film “Macadam”

Four years later, Simone would play a much substantial hooker role in “Dédée d’Anvers.” The plot is familiar as a hooker vows to leave her profession for the man she loves.

“La Ronde” is similar to “Our Town.” In that, a narrator introduces several stories that are intertwined. In her story, Simone plays a prostitute who picks up a soldier.

In “Casque d’or,” Simone plays a hooker who meets an ex-con vowing to go straight. They immediately fall in love. However, their romance sets the stage for a series of events that will destroy the people around them.

Simone plays the title character Auda in “Hungry for Love” (aka “Auda and her Friends”). When their brothel gets shut down, the women decide to open up a restaurant. Despite trying to make a fresh start, they cannot escape their past.

Watch clip of the film “Hungry for Love”

“Madame Rosa” is perhaps one of Simone most notable roles. In this film, Simone plays a retired hooker. She decides to start her third act in life, being the babysitter for the children of other prostitutes. When they have to go out and make a call, Madame Rosa looks after their kids.