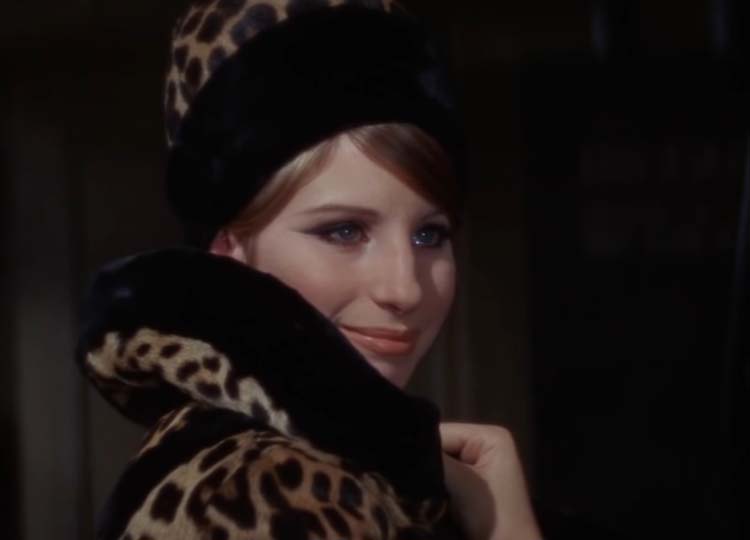 Katharine Hepburn as Eleanor of Aquitaine in The Lion in Winter

Doris in The Owl and the Pussycat 1970

Henrietta Robbins in For Pete’s Sake 1974 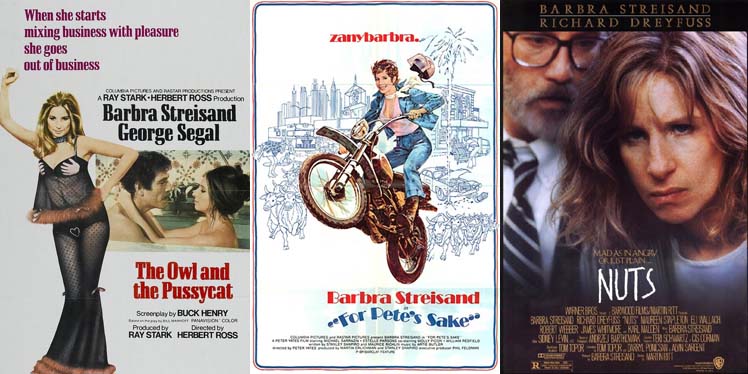 For Katharine Hepburn’s four Oscar wins go here. For Barbra Streisand, she has made 19 feature films. Three of which were roles as a prostitute.

As Doris the hooker in “The Owl and the Pussycat,” her character is thrown together with George Segal’s character. This mismatched pair finds themselves homeless and forced to share an apartment. As expected, sparks fly, and love blossoms.

Watch clip of the film “The Owl and the Pussycat”

“For Pete’s Sake” finds Barbra as a supportive housewife. Her husband needs $3,000 for a stock market tip that is a sure bet. She borrows money from a loan shark. When her character is unable to pay back the money, the loan gets sold to a white slavery ring. Thus Barbra’s character is forced to turn tricks to pay off the debt one John at a time.

Watch the trailer of the film “For Pete’s Sake”

While both those films were comedies, Barbra took a dramatic turn as Claudia Draper in “Nuts.” She plays a $500 an hour high-class call girl. Claudia kills one of her johns in self-defense. Was she Nuts, as the title suggests? Or is this a calculated attempt to escape a murder rap?

Watch the trailer of the film “Nuts”