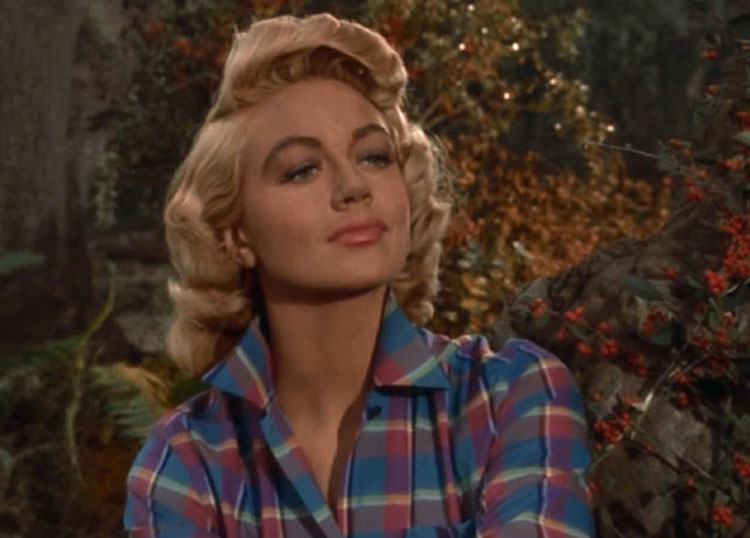 Dorothy Malone Written on the Wind 1957

Maggie in Little Ladies Of The Night 1977

If there ever were a name that fits the profession of a character, it would be Lilly Dollar from the movie “Warlock.” Though not said in so many words, the implication is that Lilly was a prostitute. She could still be turning tricks, as that possibility is left open. Nevertheless, Lilly arrives in the town of Warlock with one goal in mind. Revenge.

Watch clip of the film “Warlock”

Years after appearing on the TV series “Peyton Place,” Dorothy began popping up on TV and doing various movies of the week and guest roles. One of which was “Police Woman,” where Dorothy played a successful Madam by the name of Hilary LaSalle. In her possession is The Trick Book, where she keeps a detailed list of all her clients. Naturally, many of her clients want to shut her up. Her character ends up murdered, and a real whodunit starts.

In “Little Ladies of the Night,” Dorothy has a cameo where she has nothing to do. But it is an acting role nonetheless. Dorothy plays Maggie; an ex-hooker turned small business owner who runs a coffee shop on Hollywood Boulevard.

Watch clip of the film “Little Ladies of the Night”