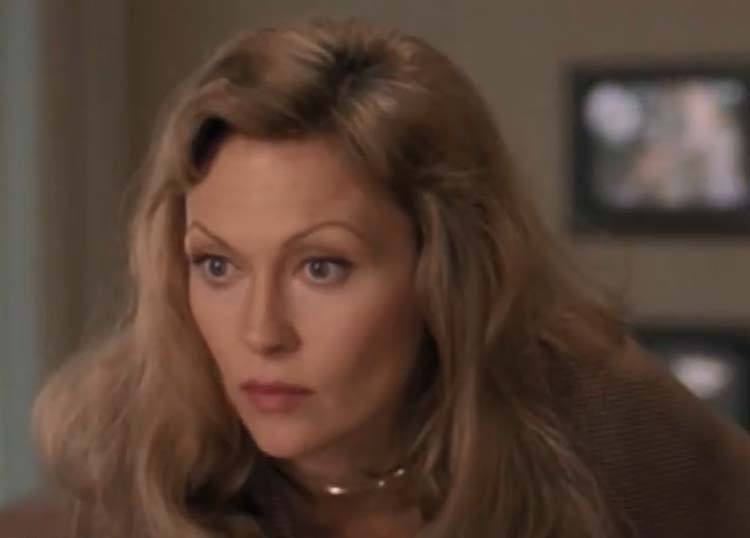 Stacy Keach plays the title character in this western entitled “Doc.” During a poker game, he wins a hooker named Kate, played by Faye Dunaway. To Doc’s dismay, he finds out she is a very popular prostitute. A fact Kate is very proud to proclaim. Eventually, Doc whisks her away to a remote area so they can be man and wife. In time she seems content with her new life but now wants a child. However, raising a family wasn’t what Doc had in mind.

Watch clip of the film “Doc”

In “Beverly Hills Madam,” Faye plays an ultra-rich bitch running a high-class escort service, catering to the richest and most powerful men in the world. It was a typical 80s glamour splashed Dynasty type TV Movie.

“Scorchers” is a movie adapted from a play of the same name. A small Cajun town celebrates the wedding of an off-beat couple. With various characters drifting in and out of their wedding plans. Faye Dunaway plays the town hooker, Thais, who gets embroiled in a love triangle with the bride’s cousin.

Watch clip of the film “Scorchers”

Honorable mention. Faye has also appeared on-stage in “A Streetcar Named Desire.” She played the iconic role of Blanche DuBois.