Mrs. Toothe in Everything in the Garden 1967 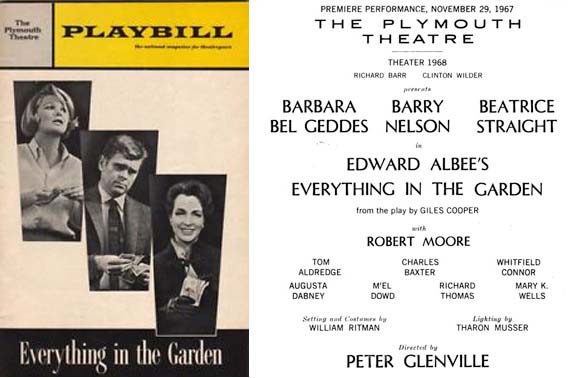 Beatrice Straight in Everything in the Garden 1967

Beatrice Straight still holds the record for the briefest screen time ever to win an Oscar. Five minutes. But she has played other roles that have lasted longer. “Everything in the Garden” is a play by Giles Cooper. After its debut in London, Edward Albee adapted this property for an American audience. This version had its Broadway debut in 1967, running 84 performances.

The play focuses on a suburban couple, Jenny and Richard. Both wish they had more disposable money at their discretion. Enter Mrs. Toothe, a madam played by Straight. She tells housewife Jenny she could work for her, turning tricks in the afternoon. Will Jenny accept Mrs. Toothe’s offer so they can get themselves out of their financial hole? Or will they turn her down? Film rights got sold to 20th Century Fox for $300,000; however, a film has never seen the light of day.

Honorable Mention: Played the role of Blanche du Bois in A Streetcar Named Desire on tour in 1969. 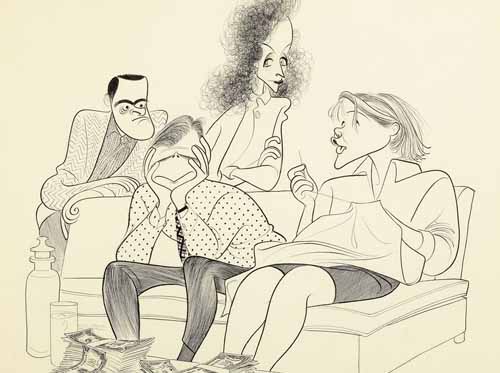 Al Hirschfeld Cast Drawing Of Everything in the Garden 1969 From Left To Right:
Barry Nelson, Robert Morse Beatrice Straight and Barbara Bel Geddes