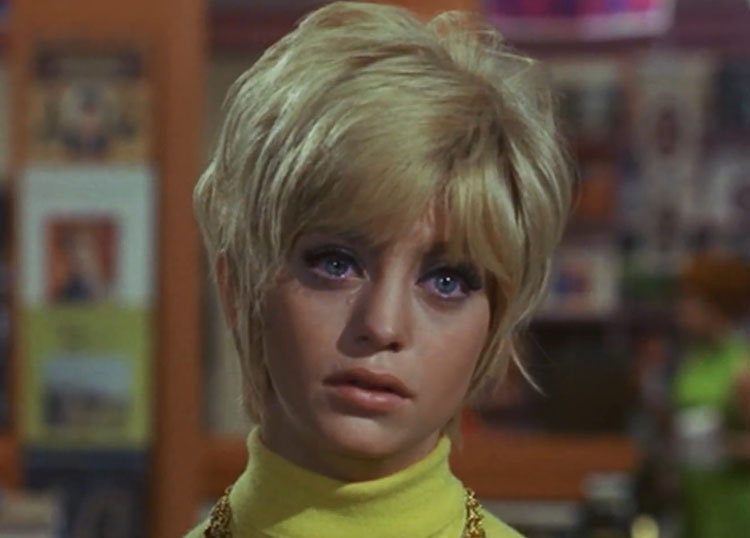 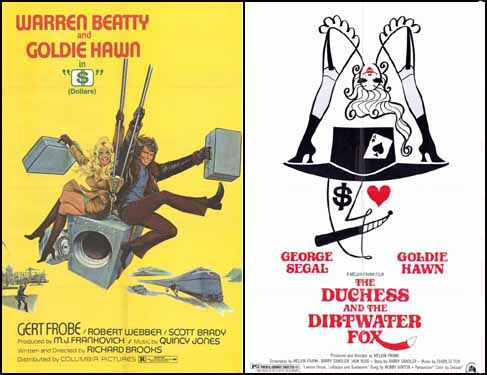 The title used for this film consists of only one symbol, a dollar sign “$.” For purposes of avoiding confusion surrounding the single dollar sign, I’ve used the other title this film is known for; “The Heist.” This movie stars Warren Beatty as a security expert who decides to rob a bank. He tries to pull off this robbery by using his status as a trusted insider within the company. Goldie Hawn plays Dawn Devine, a bubbly upbeat hooker. She is also his accomplice in their efforts to loot the joint. However, they encounter several comical roadblocks along the way. Including a 20-minute chase scene at the end of the film.

Watch a clip from the film “$ Dollars” aka “The Heist”

Five years later Goldie would once again play a prostitute, this time in the western “The Duchess and the Dirtwater Fox.” Hawn plays Amanda Quaid, a saloon performer and hooker, who is tired of turning tricks. She wants to escape her former life, so she poses as a Duchess in an attempt to snag a rich Mormon husband. However, her plan goes off the rails when she gets involved with a card shark who has swindled $40,000.00.