Lolita in Quiet Days in Hollywood 1997 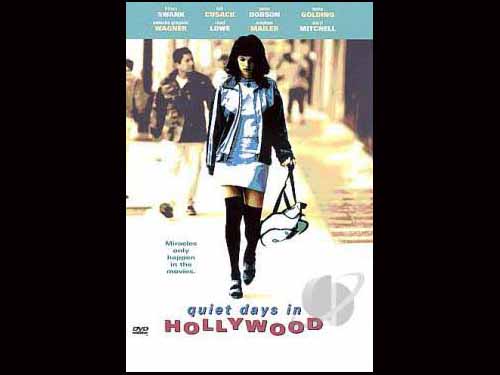 “Quiet Days in Hollywood” is a film that features several stories that are all intertwined with one another. It is a real six degrees of separation movie. Hilary plays Lolita, a streetwalker trolling the boulevard streets in search of male customers with deep pockets. Lolita bookends the film as it opens and then closes with her character. In between Lolita’s scenes, we see how all these other various characters are all connected to create this story about the gritty streets of Hollywood Boulevard during the day and the evening.

Watch clip of the film “Quiet Days in Hollywood”