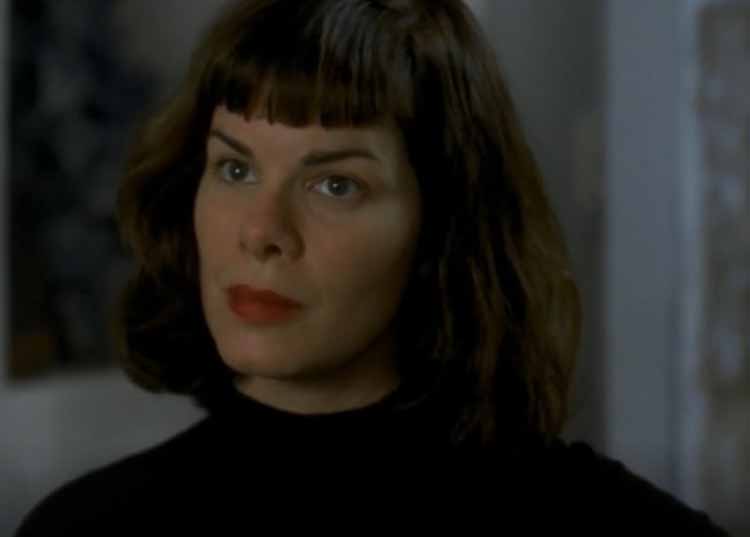 Character Is A Gun Moll

“Miller’s Crossing” is a throwback to all those film-noir gangster movies of the 1940s & 1950s. Marcia plays Verna, an opportunistic gun moll (aka prostitute.) She proceeds to offer herself up to a gangster, in exchange for protecting her bookmaker brother who owes money. While at the same time romancing another gangster in training.

This movie got mixed reviews with the NY Times writing of Harden:

She “gives the impression of being tastefully dolled up for a 1920’s masquerade party.”

Though Rolling Stone did write: