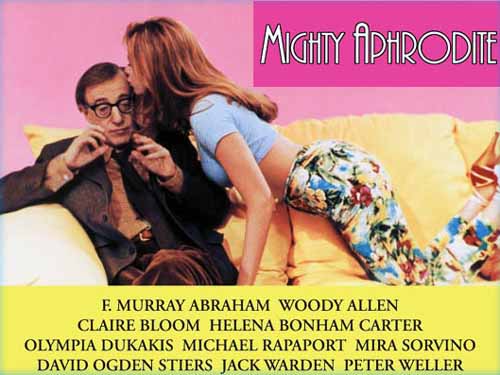 In 1996 past Oscar winner Whoopi Goldberg, who was hosting the ceremonies, pointed out a single statistic. 30% of the female nominated roles that year were for playing a prostitute. That would be 3 out of the 10 acting nominations for women. Out of those three, only one woman would walk off with the Oscar. That was Mira Sorvino for the film “Mighty Aphrodite.” In the movie, Woody Allen and his wife adopt a son. Years pass and Allen’s character wants to know more about his son’s birth mother. He searches and comes up with Linda Ash, played by Mira. Who happens to be a prostitute and porn star.