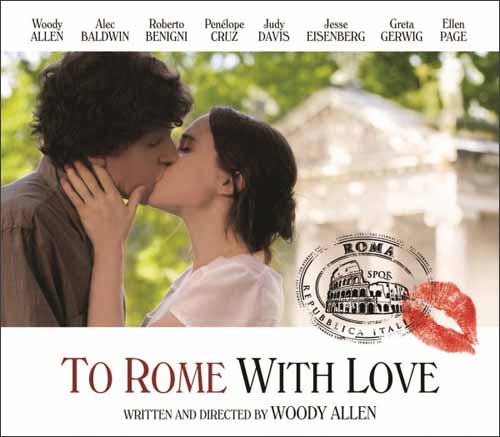 Penélope Cruz in To Rome with Love 2012

In “To Rome With Love,” Penélope plays Anna, a high-class prostitute. Following a series of errors, Anna gets sent by mistake to the wrong suite, which is where a sexually inexperienced newlywed couple is staying. Anna decides to make herself useful by teaching the husband and wife a few lessons in love.

Penélope says of her character:

“This is a character that doesn’t think, doesn’t have a filter. She’s completely in the moment. She’s like a child that way. She doesn’t mind offending somebody. I’m much more controlling than she is, so it’s very liberating to play somebody that is so free.”

Watch clip of the film “To Rome With Love”