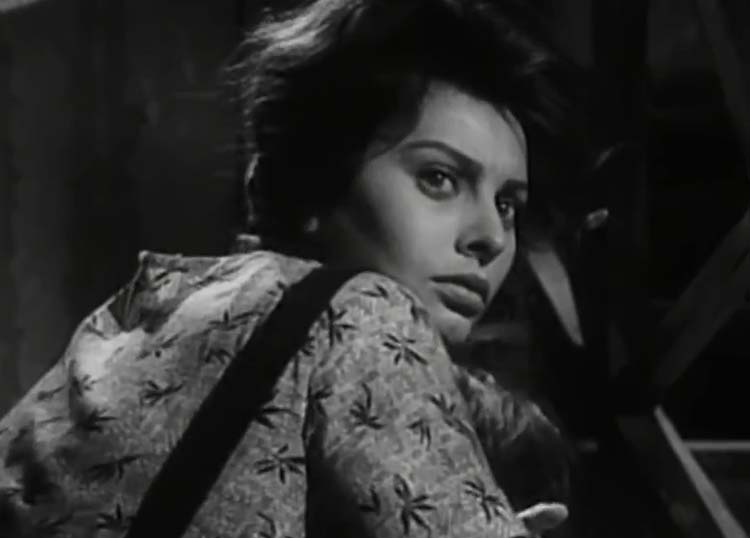 After Sophia Loren Oscar win for “Two Women,” it seemed that the only roles offered to her were that of a hooker. From 1957 to 1979, she played a prostitute on average once every three years. Sophia holds the record for playing the most prostitutes for any female Oscar winner – Ms. Loren has played SEVEN Prostitutes in her career, edging out Simone Signoret by one. Ironically, “one” is a remake of a Simone Signoret film when she last played a hooker. More on that role at the end of this post.

Mara in Yesterday, Today and Tomorrow 1963

Madame Rosa in The Life Ahead 2020

All Seven Characters Are Prostitutes 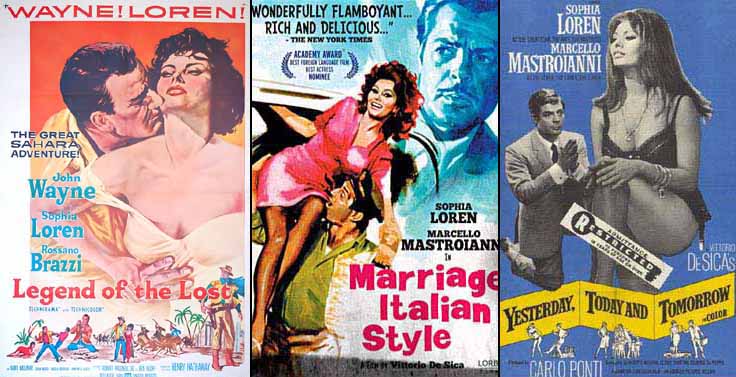 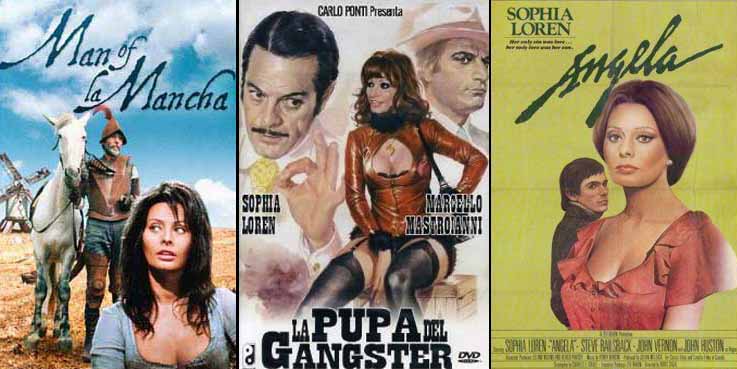 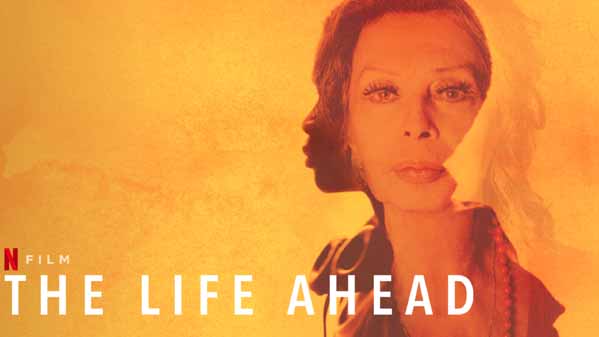 Sophia Loren in The Life Ahead 2020m

“Legend of the Lost” features Sophia as Dita. She is a pickpocketing prostitute who wants to get out of this dreary existence she has found herself. An archaeologist and his tour guide are in search of a lost city, so she decides to hitch a ride with them.

Watch clip of the film “Legend of the Lost”

“Yesterday, Today and Tomorrow” featured Sophia and Marcello Mastroianni in three separate stories, playing three different characters. In the third story, Sophia plays Mara, a hooker who works out of her apartment. This film is where Sophia performs her famous striptease scene.

Watch clip of the film “Yesterday, Today and Tomorrow”

Marcello Mastroianni and Sophia teamed again for “Marriage, Italian Style.” Sophia’s character starts as a poor waif, turning tricks in a brothel. She meets a rich, powerful man during one of those dates. She goes from working in that brothel to being the man’s mistress.

“La pupa del gangster” (aka “Gun Moll”) is an Italian screwball comedy. Sophia plays a hooker without a care in the world. That is, until she gets mixed up with the Mafia, then the hilarity begins.

Man of La Mancha is an adaptation from the Broadway musical of the same name, which in turn based on the story “Don Quixote.” Sophia plays Dulcinea del Toboso, who is a figment of Don Quixote’s imagination. He sees her as a goddess, who exudes purity and beauty. But in reality, Dulcinea is a barmaid and hooker named Aldonza Lorenzo.

Watch clip of the film “Man of La Mancha”

Angela features Sophia as the title character. She is a former high-class call girl who is shocked to discover the man she has fallen in love with is her son! 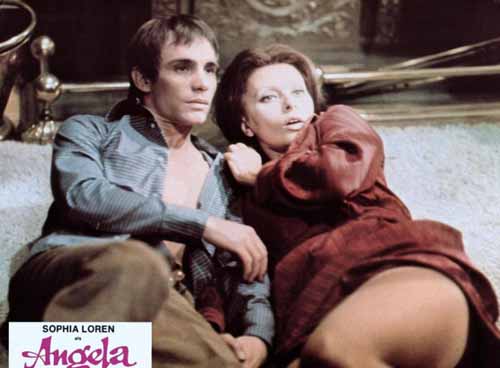 Sophia Loren in Angela 1978
This Movie Is NOT Commercially Available On DVD.

“The Life Ahead” is a remake of the 1977 film “Madame Rosa” starring Simone Signoret. In this film, Sophia plays a retired hooker. She decides to start her third act in life, being the babysitter for the children of other prostitutes. When they have to go out and make a call, Madame Rosa looks after their kids.

Watch Trailer of the film “The Life Ahead”