Joanne Woodward as Eve White, Eve Black and Jane in The Three Faces of Eve
Best Performance by an Actress in a Leading Role 1958 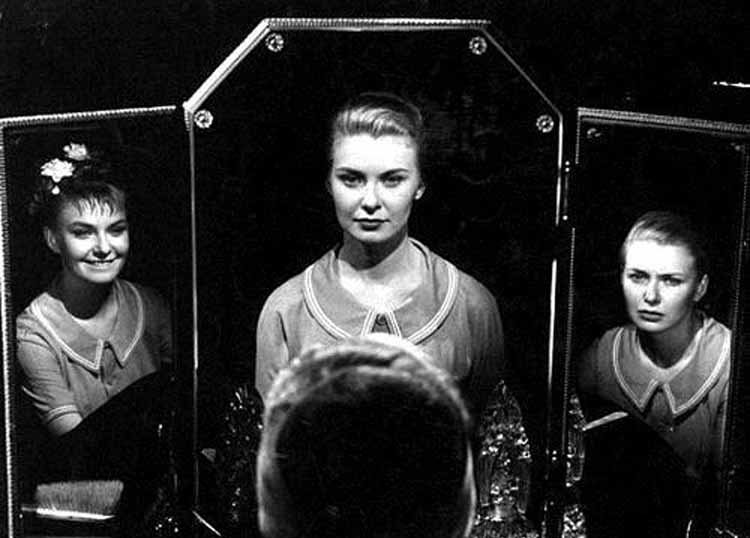 Lila Green in The Stripper 1963 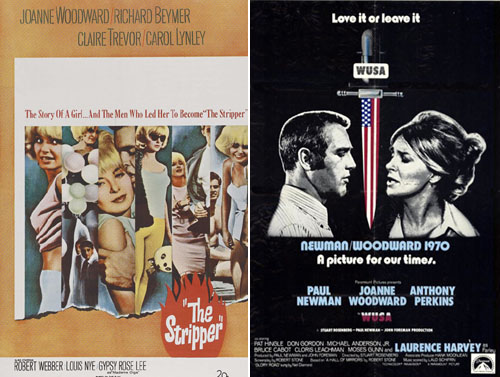 The movie “The Stripper” was adapted from the play “A Loss of Roses” by William Inge. Joanne Woodward plays Lila Green, the Stripper in question. She is a down on her luck actress who must turn to this type of work to make ends meet. Real-life stripper Gypsy Rose Lee also appears in the film as Madame Olga.

Watch clip of the film “The Stripper”

Starring opposite her husband Paul Newman, this film was based on the book “A Hall of Mirrors” by Robert Stone. The plot involves a right-wing radio station and the propaganda it perpetuates. Set in New Orleans, vibrant characters are abundant. Joanne plays Geraldine Crosby, a hooker, who describes herself as “too dumb for the phone company and too old for the five and dime.” The character has nothing to do, except support Paul’s character. The film bombed at the box-office, as it was during the Nixon presidency. Maybe the American public was apathetic about politics in 1970. Or perhaps this movie was just ahead of its time.

Watch clip of the film “WUSA”