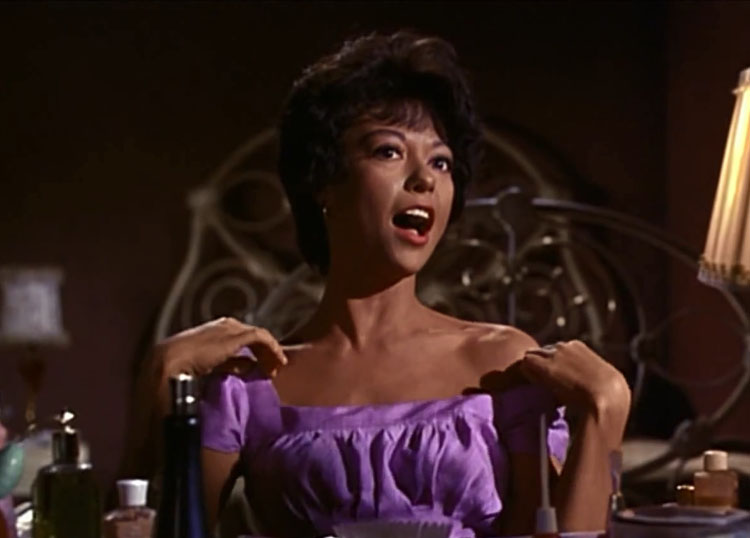 First Character Is A Stripper. The Other Two Characters Are Prostitutes

Rita Moreno is one of the few Oscar winners to play a hooker, both on the big and small screen. It is to her credit and tenacity that she took minor roles and made them into gems.

In “Marlowe,” Rita plays showgirl/stripper Dolores Gonzales who helps P.I. Philip Marlowe (James Garner) find a missing person. This movie is infamous because of Rita’s provocative strip-tease routine she does at the end of the film.

Watch clip of the film “Marlowe”

In “Carnal Knowledge,” Jack Nicholson’s character seeks out a prostitute to perform a particular sex act. Rita plays that hooker in this tiny part. This role is so small that she doesn’t even receive billing in the movie trailer. And she is an OSCAR winner!

A more substantial role was the part of Rita Capkovic in “The Rockford Files.” Moreno reunites with her “Marlowe” co-star James Garner. It was a recurring role, as she appeared once every three seasons. This character coincided with the sexual revolution, as Rita (the character) was unapologetic about her chosen profession. Saying, “I do what I do. I’m not going to apologize; I’m not going to explain.” She would win an Emmy Award for playing this prostitute role.