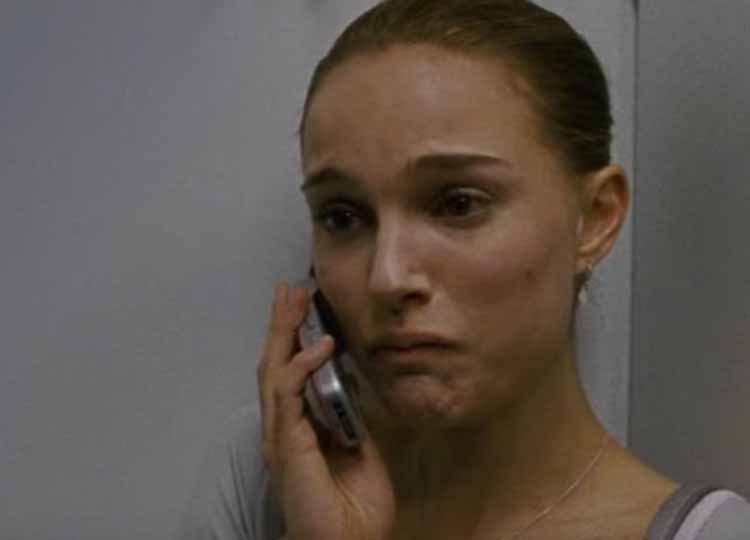 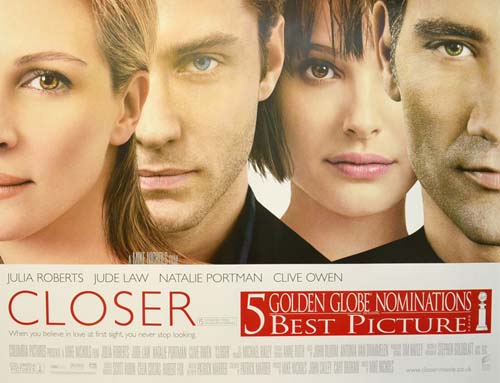 Natalie Portman plays Alice Ayres. She is an American stripper who has just arrived in London looking for work. Alice does private lap-dances, plus a bit more, for cash. She later gets entangled with both the male characters in this film played by Jude Law and Clive Owen.

The NY Times would write about Natalie’s performance:

“.. the tough-yet-vulnerable stripper is worse than a cliché, and Natalie Portman bravely tackles the acrobatic challenge of simultaneously inviting and deflecting the audience’s prurient, fascinated gaze. Her soft, wobbly features emphasize Alice’s childishness, making her performance both the most sympathetic in “Closer” and the most troubling. She awakens a queasy protective impulse, a fantasy of rescue that is all the more powerful for being confused.”

Watch clip of the film “Closer”