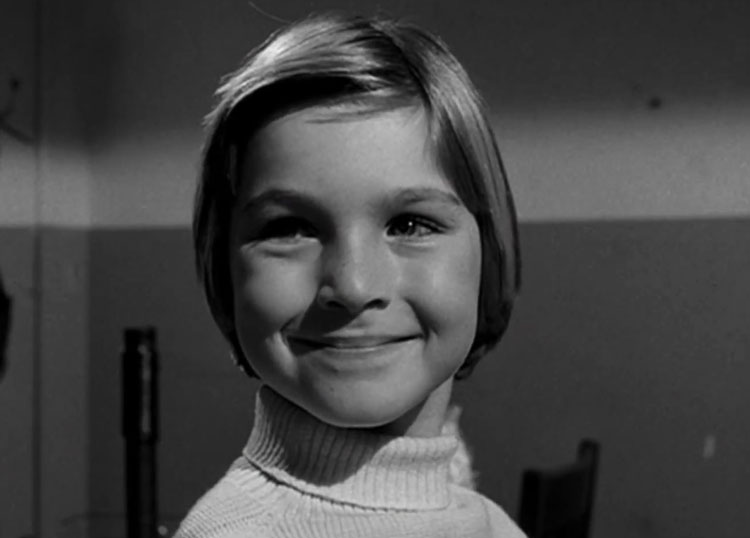 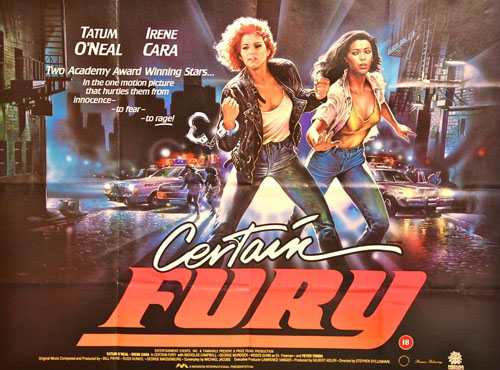 Tatum O’Neal still holds the record as the youngest Oscar winner of all time. She was 10 when she won the Academy Award for “Paper Moon.” She would go from that role to playing a prostitute 11 years later. In the film “Certain Fury,” she was teamed up with Irene Cara. The movie posters advertised this film as starring “Two Academy Award Winners!” Irene Cara winning for co-writing the song “Flashdance, What a Feeling.” Tatum O’Neal plays a hooker, while Irene Cara is a petty criminal. While waiting to be processed at the courthouse, a shooting takes place. Taking advantage of the confusion, both ladies decide to make a break for it. Thus going on the run, and being chased by the cops.

Watch the trailer of the film “Certain Fury”