Teresa Wright as Carol Beldon in Mrs. Miniver
Best Performance by an Actress in a Supporting Role 1943 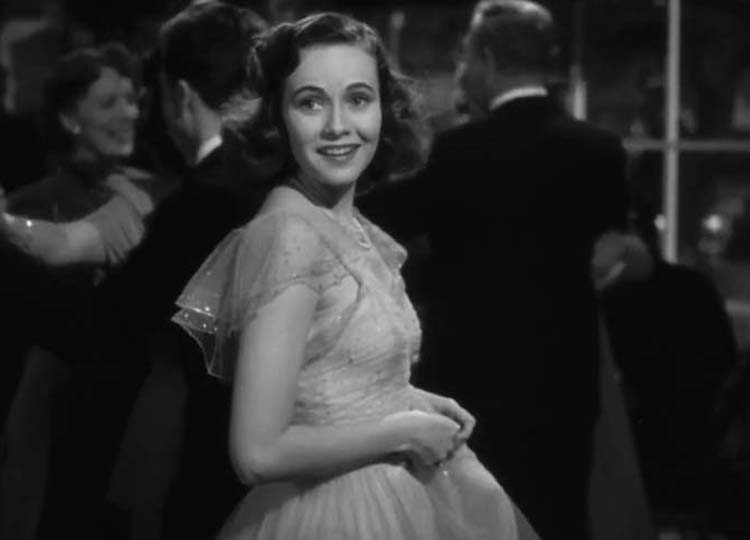 Millicent Hopkins in The Imperfect Lady 1947

Character Is A 1800s “Dancer”
Gets Mistaken For A Prostitute 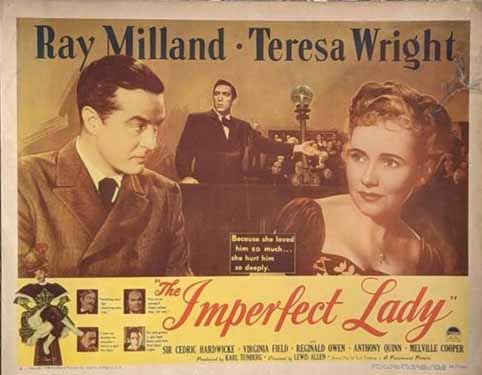 Teresa Wright in The Imperfect Lady 1947

In this film, “The Imperfect Lady,” Teresa Wright plays a dancer in the 1890s. Most people in ‘proper’ society viewed these dancers in the same category as a prostitute – selling their bodies for sex. It was pretty scandalous back then as it defied most social and cultural mores of the day. In the 1890s, a dancer was intended to display the performer’s physical attributes (think of a stripper) to an audience of paying customers. However, these dancers were not taking off their clothes, as it was still the 1890s.

Teresa Wright’s character even says people see her as a “Fallen Woman” because she is a dancer. Back then, women could only be pure if they were married. Since women had few employment opportunities, taking a job as a dancer meant they had “fallen” and lost their innocence.

Teresa Wright character falls in love with a politician (played by Ray Milland) but is worried about how her “scandalous” past career as a dancer will affect his career. Her father has already disowned her for pursuing such an amoral career. One night outside the theatre, she is even mistaken for a prostitute! How will she explain all this to the man she loves?

Watch clip of the film “The Imperfect Lady”