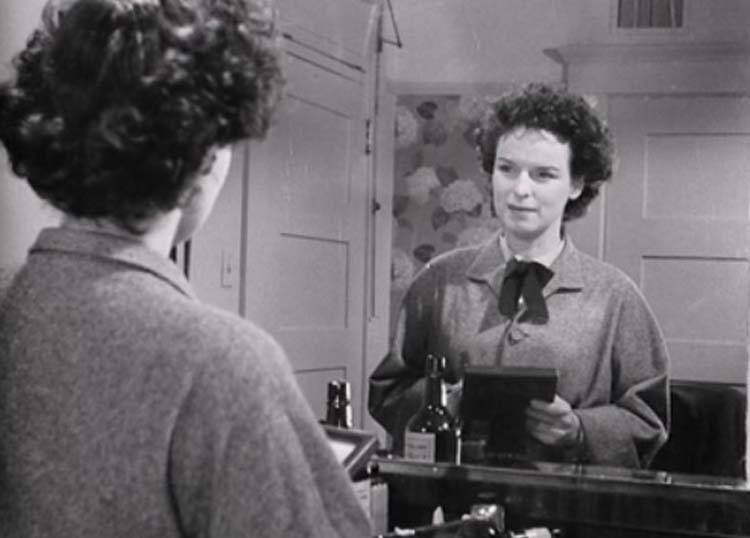 Mercedes McCambridge All the King’s Men 1950 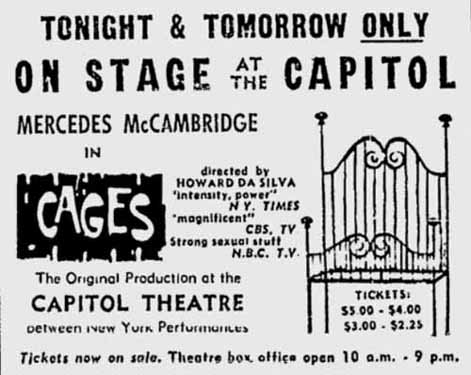 After a 15-year absence from the stage, Mercedes McCambridge made a return to the boards in the off-Broadway play “Cages.” This production, written by Lewis John Carlino, consists of two one-act segments: “Epiphany” and “Snowangel.” It is the last act that features the hooker role. The plot revolves around a man named John, who has hired a hooker named Connie. He doesn’t want sex. What John wants is for Connie to dress up and act like the girl he once met in a museum. Then act out certain scenes between the two that only exist in his mind. Mercedes got some of the best reviews of her career.

Unfortunately, attendance was sparse, which led McCambridge to say about her experience:

“People gripe about there being nothing new in the theater. But when there is, they don’t come.” 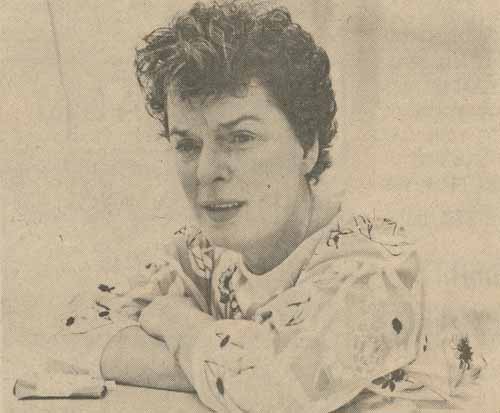