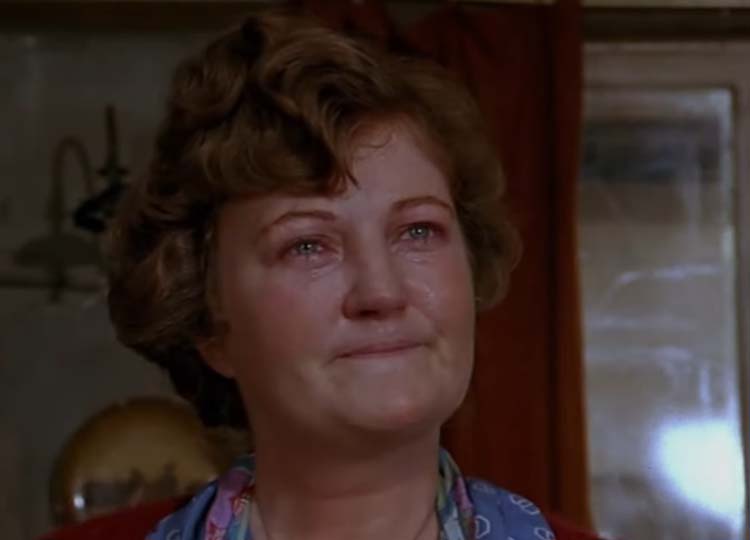 Annie Ryan in The Wicked Wicked West 1997
(aka Painted Angels)

Madam Alex in Call Me: The Rise and Fall of Heidi Fleiss 2004

Both Characters Are Madams 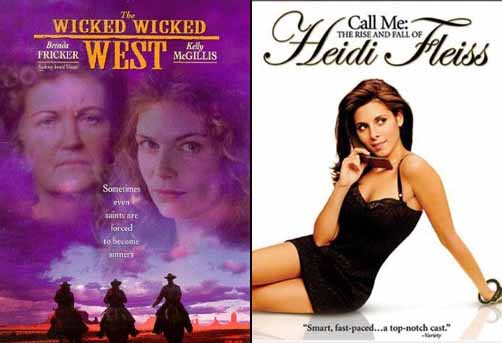 Brenda Fricker in The Wicked Wicked West 1997 and Call Me: The Rise and Fall of Heidi Fleiss 2004

The Midwest of the 1870s gets explored in the film “The Wicked Wicked West.” Brenda Fricker plays Annie Ryan, the no-nonsense madam of a bordello. Westerns of the 40s and 50s tended to gloss over the sex trade profession. As a result, Hollywood portrayed prostitution as a glamorous occupation. This film does the opposite – it depicts the hard and rough times prostitutes from that era endured. All told from a woman’s point of view.

Watch trailer of the film “The Wicked Wicked West”

Brenda donned the persona of another Madam in “Call Me: The Rise and Fall of Heidi Fleiss.” In this film, she plays Elizabeth Adams, aka Madam Alex, a multi-millionaire madam who ran an international prostitution network. She was so successful that she inspired her workers to branch out on their own. Most notably Heidi Fleiss, which unleash a battle between the two called “the Whore Wars.” Madam Alex was quite bitter about Heidi. Feeling betrayed, saying, “She stole my business, my books, my girls, and my guys.”

Watch clip of the film “Call Me: The Rise and Fall of Heidi Fleiss”