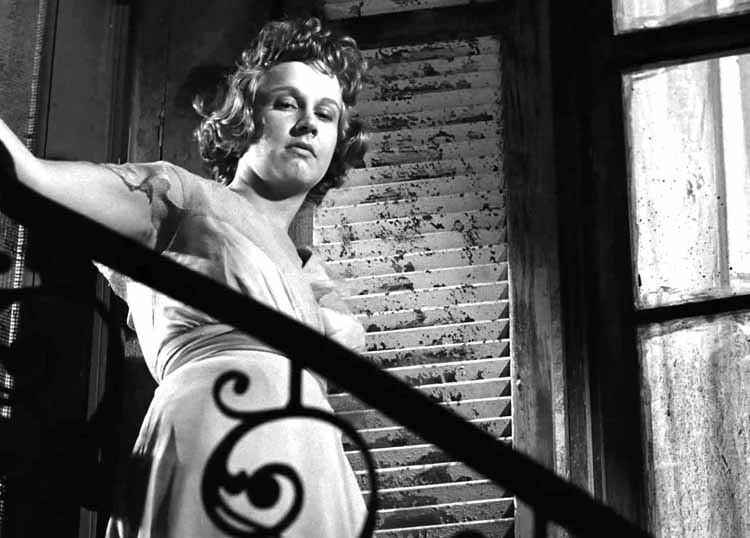 Alma Winemiller in The Eccentricities of a Nightingale 1968 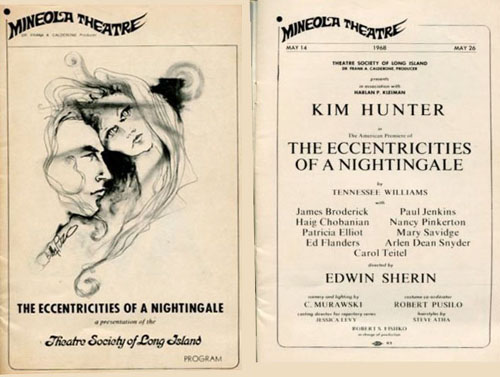 Kim Hunter in The Eccentricities of a Nightingale 1968

After Blanche DuBois and Maggie the Cat, the role of Alma Winemiller seems to be the third most popular Tennessee Williams character. It is a juicy part for any actress to portray onstage. Several women listed in this book have played this part, including Kim Hunter. Her version of Alma was not in the play “Summer and Smoke.” But a revised version Tennessee Williams wrote, entitled “The Eccentricities of a Nightingale.” This second incarnation debuted a few years after the original play and its film adaptation. In both versions, the role of Alma is somewhat the same. Her unfrequented love for a man that never gets fulfilled. Leading her character to go through a dramatic transformation. From prim and proper good girl to sexy available vamp. In “Summer and Smoke,” it is left up in the air as to how promiscuous Alma will become. In “The Eccentricities of a Nightingale,” it is made clear that Alma has become a prostitute.