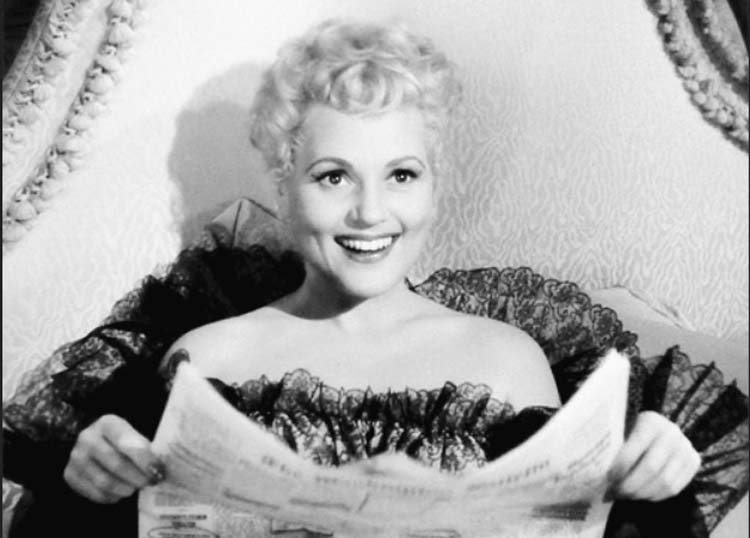 Alice Kratzner in Kiss Them for Me 1945 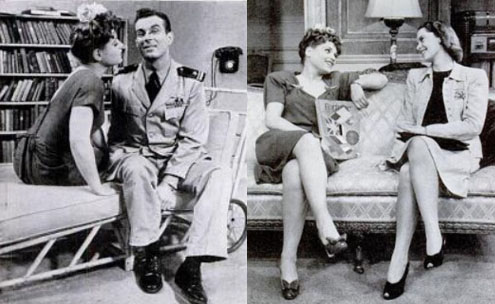 Judy Holliday in Kiss Them for Me 1945

Judy made her acting debut in the 1945 Broadway play “Kiss Them For Me.” Based on Frederic Wakeman Sr.’s 1944 novel “Shore Leave,” the plot centers around three Navy pilots on leave. Free to indulge in whatever activity they want to do. Judy plays Alice Cratchner, a hooker. She responds to an ad one of the pilots has placed offering nylon stockings. Judy wouldn’t get the chance to recreate her stage role when this got made into a feature film. Her role as Alice would be taken over by Jayne Mansfield.

Watch clip of the film version of “Kiss Them for Me”
with Jayne Mansfield in the part Judy Holliday played on Broadway.