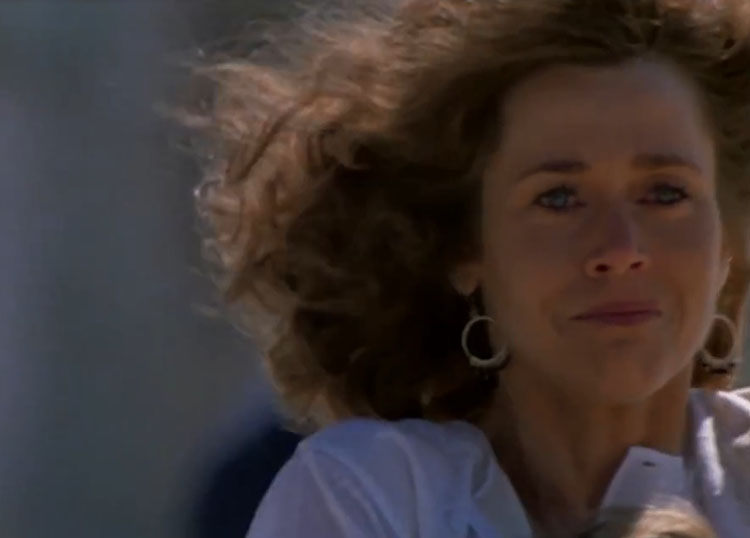 Kitty Twist in Walk on the Wild Side

Ellen Gordon in Any Wednesday 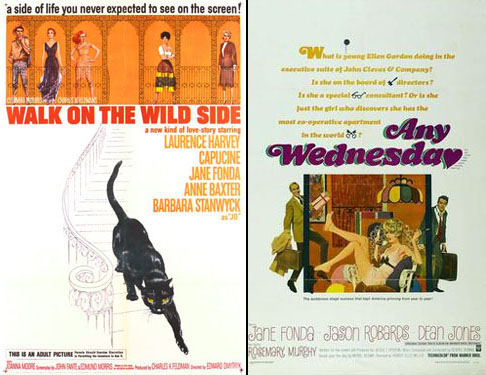 Jane Fonda had won an Oscar for playing a prostitute in the film “Klute.” However, she had previously played a hooker ten years earlier in “Walk on the Wild Side.” The setting is a New Orleans bordello in the 1930s, run by Barbara Stanwyck. Fonda plays the newly hired hooker, Kitty Twist.

Watch clip of the film “Walk on the Wild Side”

Sandy Dennis won the Tony Award for Best Featured Actress in a Play for “Any Wednesday.” Jane Fonda played the character in the film version. As Ellen Gordon, she is about to lose her rent-controlled apartment. It is going co-op, and Ellen cannot afford to buy. Enter a certain married man, who steps in with a proposition for Ellen. He will buy the apartment for her. Which she can pay it off with weekly trysts. He schedules them on Wednesdays (like the title “Any Wednesday.”) The apartment gets listed as an executive suite strictly for tax purposes. Months later, an out of town businessman is sent to the apartment by mistake. Upon arrival, he thinks Ellen is a prostitute hired for him! Suffice to say complications arise, as the married man’s wife also enters the storyline. She is unaware as to who Ellen is and what her connection to her husband might be.

Watch clip of the film “Any Wednesday”

Jane Fonda won an Oscar for playing a hooker role on film.